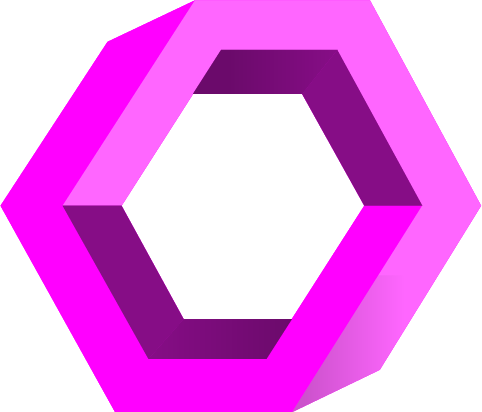 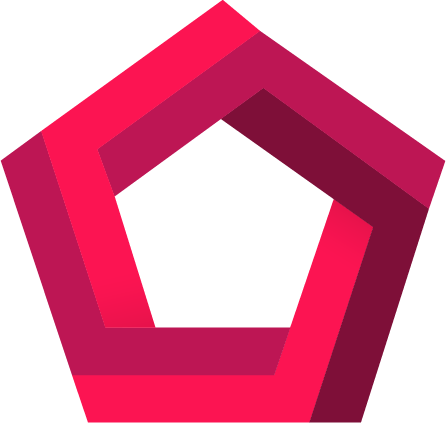 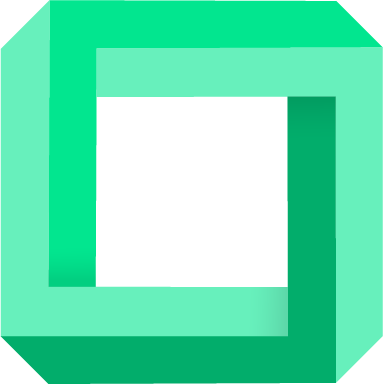 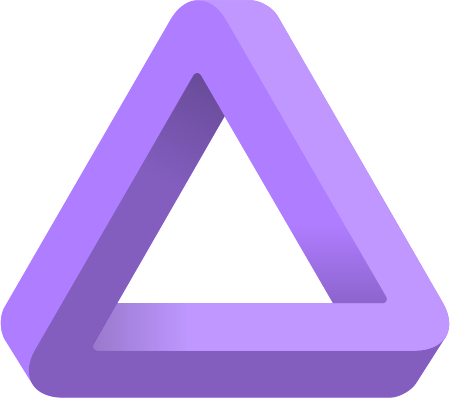 Can I run it on my computer?

If you're running Linux, macOS or FreeBSD, definitely; we actively support those platforms.
Installing Please on either Linux or macOS is as easy as curl https://get.please.build | bash. Further dependencies shouldn't be necessary after that, assuming you have what you need for the languages you want to work on (e.g. you'll need a JDK to use Please for Java).

To compile it, one only needs Go and Git installed.
On Linux we primarily support Ubuntu; it should work pretty readily on most distros though.
See tools/images/ubuntu for information and a Dockerfile for setting up a recommended environment.

For building on FreeBSD, you will need to install Bash as well.
Currently binary downloads aren't available, we hope to make them available in future.

Windows is unfortunately not supported natively, since it's just too different from the Unix environment Please is designed for. It is possible to run it within WSL though.

When running inside WSL, make sure drvfs is mounting your windows partitions with the metadata option. You can configure this inside

All our release artifacts are signed with a GPG key. If you want assurance that they have not been tampered with since, you can use the signatures to verify them.

You can now run that directly to install Please.

You can now use this Please binary on your machine as you please!

Where can I get more information? / My question isn't answered here

Check out the code on GitHub, chat on Gitter or ask in the discussion group.

Why use Please instead of go build / Maven / Gradle?

Cross-language support is a big advantage; we have four main languages in use at Thought Machine (Javascript, Python, Java and Go) plus several smaller pieces (some C++ and Thrax grammars) and having to invoke different compilers and/or test tools for each one would be extremely tiresome.

Please can also integrate many different kinds of build steps; for example a code generation step using go generate or protoc can be invoked dynamically without having to check the resulting code into the repository.

We've tried other tools (notably Gradle and Buck) internally and ultimately decided that we could build something that would either better fit our needs, be considerably faster, or both.

Why use Please instead of Bazel, Buck or Pants?

All four of these systems are quite closely related in the scheme of things, being inspired by (or in Bazel's case, a direct open sourcing of) Google's Blaze.

Several of us had worked at Google and used Blaze extensively there; we were excited about it being open sourced as Bazel but by then we were already using Please internally. It's a great system but we have slightly different goals, specifically we're aiming Please at being lighter weight and pushing the boundaries of what can be done within the BUILD language. Since Please is written in Go there's no runtime dependency on the JVM.

We actually used Buck for some months internally before deciding to write Please and before it was capable of building our repo. We preferred it to other options available, but again we're focused on different goals; Please is easier to extend to new languages, has a bunch of features that we specifically wanted (e.g. test sandboxing) and has a stronger focus on BUILD language correctness. Conversely we have much less support for mobile development.

We're least familiar with Pants; one of our developers briefly tried it and while we liked many aspects we didn't think it was the ideal fit for us at the time.

What inspired the design of Please?

Originally Blaze, since a number of us had used it at Google. More recently we'd used Buck internally so many things superficially resemble that for compatibility reasons (e.g. python_binary instead of py_binary etc).

Some of the advanced features are based on things we would have liked to do with Blaze, for example being able to defer creation of some build rules until they actually need to be built. This is only really of interest for spectacularly large trees of targets or especially esoteric use cases though.

Mostly, of course, it was inspired by our fearless leader Paul, specifically the point when he told us "you absolutely cannot write your own build system". After that it was really inevitable...

Why is it so fast?

Firstly, all the rules explicitly declare their dependencies, so Please can aggressively parallelise build rules wherever possible. It can also cache & reuse previous outputs when they haven't changed, and it hashes all input files to make sure it's correct.

Also BUILD files encourage you to break projects into smaller components, which can then be compiled in parallel. It's still possible to define a project with a single BUILD file in the traditional Java way that one would use in Gradle etc, and this works fine for smaller projects, but for larger ones parallelising the compilation can be a big advantage.

There are no separate steps inside Please; parsing BUILD files, building targets and running tests can all happen simultaneously, so there's no down time waiting for the last thing to compile before the tests begin. The parsing process is also very fast due to having an in-process Python interpreter.

It being written in Go and being an entirely native binary means great performance and fast startup times; internally it's also highly parallelised and can take full advantage of the underlying hardware.

Finally, the rules themselves are optimised in various ways; for example, the construction of the final .jar from a java_binary is an efficient concatenation of other .jar files without any recompression. Similarly the output .pex from a python_binary is built up piecemeal throughout the python_library rules and assembled at the end so we don't have to recompress an entire zip file every time you change one .py file.

How do you parse the BUILD files? What format are they?

The currently-unnamed BUILD language is a restricted subset of Python; see here for more details, documentation and a formal grammar.

This provides a nice balance between an elegant and powerful language, but also one that can be interpreted more easily than Python itself, and that is reasonably familiar to many developers.

One downside to this is that the BUILD files are a little hard to automatically edit or update compared to a data format like XML, Yaml or JSON. We think this is worth the tradeoff for giving the developer more power and (in our opinion) a significantly nicer format.
A few Please features can help with updating BUILD files:

Okay, but what exactly are you using to parse the files?

The built-in parser is an internal pure Go implementation. It's evolved through several implementations over time; ultimately this provides maximum control and performance (because we are not subject to Python's GIL, or cgo calling overhead).

How does Please build itself? Do I need Please to build Please?

Please bootstraps itself using go build to build a temporary version of itself, which is then used to rebuild itself using its own BUILD rules. This requires disabling some features for that bootstrap step (mostly codegen steps), but is definitely worth it since obviously we can't rely on anyone building it already having a version of it installed.

Fortunately the process is pretty fast since Go is fast to compile.

Why write it in Go?

We excluded most other languages that any of us were familiar with through a process of elimination; JVM languages were ruled out from a concern about startup overhead, we were concerned about Python's threading performance for an inherently parallel system and felt C++ was too fiddly and lacked a strong standard library. Rust was still pre-1.0 at the time (although that didn't take long, as it turned out) so we felt it was a bit early to leap into that.

It also turned out to be a really useful way of learning the language; the project is about the right size to explore it properly and sufficiently self-contained not to affect other parts of our repo until we were sure Go was a language we wanted to do more of.

We're very happy with the results; the performance of native binaries is excellent, the language was easy to become productive with and has great support for all the things we needed to do with it. Our early concerns (e.g. the classic "no generics!") turned out to be a lot less problematic than we expected.

An alternative explanation is that the original high-level design meeting for Please was an impromptu discussion in a pub one Friday evening, where we thought it would be a neat language to try despite none of us having any real experience with it.

Is this the primary repo, or do you have a secret internal version too?

This is the only repository; all development is done here. Initially we had an internally hosted repo but transferred the project to Github in preparation for open sourcing it.

We've got some build rules in our internal repo that aren't built into Please yet. We intend to open source as we can, but the ones left aren't easy to genericise for various reasons.

There are some additional rules available at https://github.com/thought-machine/pleasings, which we either do not want to guarantee compatibility for, are still experimental, or are sufficiently esoteric that we don't want the build process for Please to require them.

How does the versioning scheme work? What are the compatibility guarantees?

We are using semantic versioning so essentially:

These rules apply to the "public parts" of the project; specifically the command-line interface and flags, the config file format and the BUILD file format and builtins are essentially the API and so we take significantly more care about compatibility around those.
The interface to the various sub-tools invoked by Please we consider an implementation detail and those might change more aggressively (although in practice they rarely do).

Things whose behaviour is not explicitly specified might change with less notice, because of course you shouldn't have been relying on it anyway. This includes the exact hash generation method - if it becomes necessary to change that for a bugfix it may force apparently unnecessary rebuilds after an update. We try to avoid that as much as possible since it's aggravating (for us too!) but since it doesn't affect eventual correctness it can change in minor releases.

The versions don't apply to the code interfaces themselves, since we don't expect this to see wide use as a library. If some part of it becomes popular in that way we'll likely split it out to a separate repository and version it separately.

What does it look like when I'm running it?

The appearance is somewhat inspired by Buck, although we have put some of our own spin on it as well.

What do the colours in the console output mean?

They change based on the type of rule that's being built:

Libraries are normal weight, binaries (including tests) are bold.

There is absolutely no significance to the choice of colours beyond arbitrary choice when that code was originally written.

Because we liked the idea of sounding polite when typing "plz build", "plz test", etc.
Also we chose the domain name before almost anything else (priorities!).